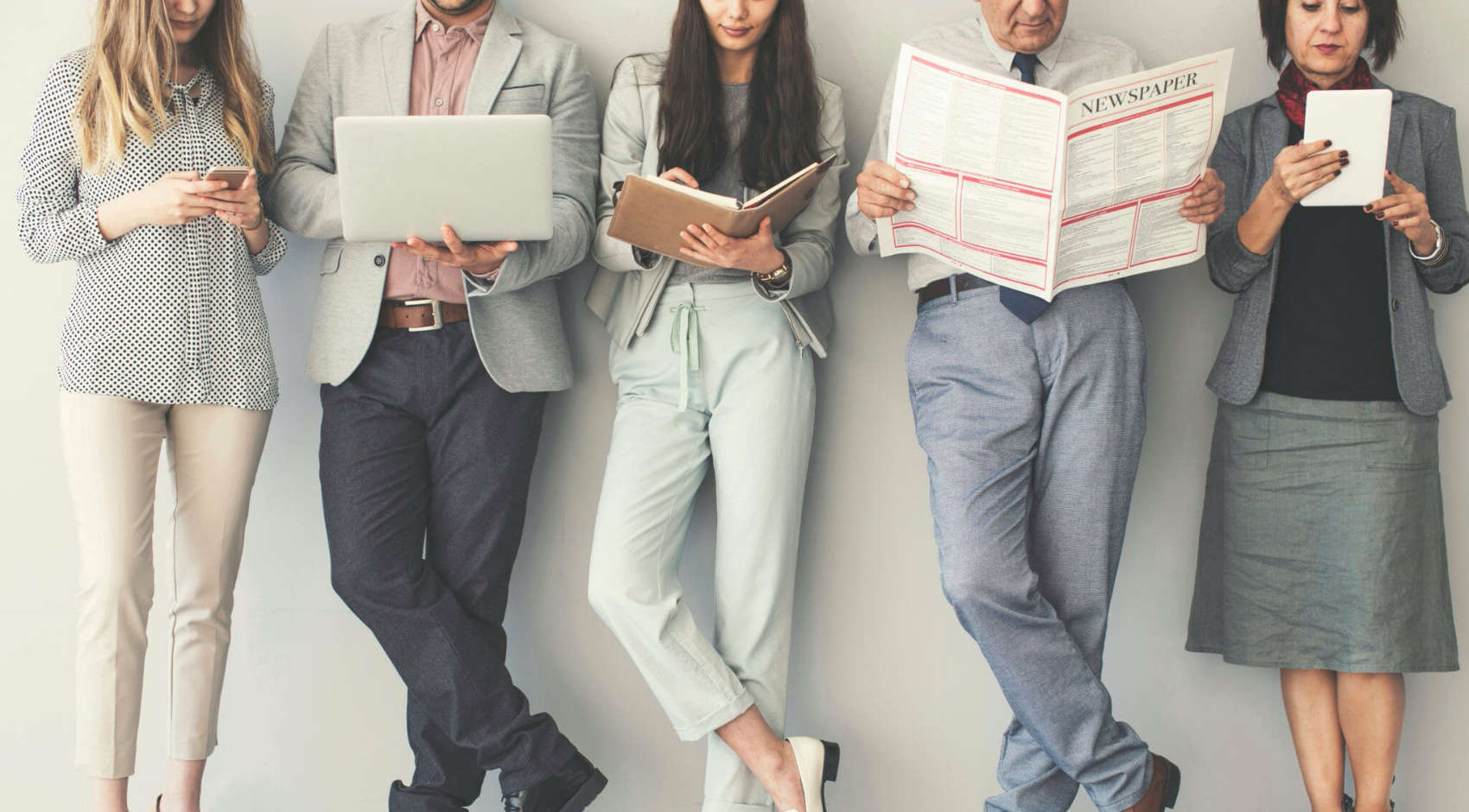 You can bring your online content into the digital world on many channels. Blog, video, ad, backlinks or social media are just some of them. But just publishing it rarely means clicks, readers or even conversion. In this Insight we explain the PESO model and show you how to use the different media channels individually or in a mix to achieve reach.

Topics in this article

High-quality content has never been more important for companies than it is today. Especially in the current exceptional situation, many people are at home and not only spend a large part of their working time online, but are also very busy online in their leisure time. Now is the perfect opportunity to pick them up with informative and entertaining content and thus draw attention to their own work. Some people might hesitate at this point: Due to the immense amounts of data, only real content giants and prominent publishers have a chance to reach out, don’t they? Before you throw in the digital grain, we recommend a smart content strategy. Because with well thought-out content and a suitable strategy, every publisher can generate high reach. This is where the PESO model helps. It divides all digital content channels into four different areas and thus clearly illustrates the individual distribution possibilities. In the following, we will introduce you to the individual channels together with their respective advantages and disadvantages and explain their interaction using clear examples.

Your content strategy should be unique to differentiate you from your competitors.
| © iStock / masterzphotois

This is where all the channels come together, which you can only play for a fee. Paid Media is the closest to classical advertising, since here, as on an advertising poster, the product or service is usually advertised directly.

Advantages: You can define your target group relatively precisely depending on the channel and thus address readers and potential customers directly. Furthermore, depending on the budget, Paid Media is individually scalable, easy to plan and can be evaluated easily.

Disadvantages: Paid Media channels are – as the name already suggests – associated with additional costs. If you stop paying for distribution, your content will disappear into thin air on the respective platform. Furthermore, people have little or no confidence in paid content.

If we translate “Earned Media” literally, then we are talking about “earned” content. Whether it’s hard-earned or well-deserved – you have no influence whatsoever on Earned Media. Because on these channels, the content is created by third parties who report independently of you or your product.

Advantages: Earned Media offers the highest confidence factor among the four types of media, as the content is obviously created from an objective perspective. In addition, a high level of authority over competitors is given and with it a stable position on the market.

Disadvantage: The biggest advantage of Earned Media is also the biggest disadvantage. If the coverage or a review is negative, the content can also have a lasting negative effect on your company – Earned Media cannot be controlled.

Advantages: Viral effects can naturally result in a high range. When users share your content and show it to friends, this has a positive effect on trust in the brand or company.

Disadvantage: Even digital faux pas and PR disasters go viral immediately in social networks and the high reach then has a damaging effect.

Advantages: Probably the biggest advantage is the controllability of Owned Media, because on your own channels only you decide how your content is designed. In addition, real reach can be achieved in connection with shared or earned media. The longevity of your Owned Content should also not be underestimated. While Paid Media always has an expiration date and Shared Media is too fast moving for sustainable content, your blog articles and other content will last long after they are published.

Disadvantage: Depending on how well known the company is, Owned Media often offers no or only weak reach, as the channels usually have to be actively searched for. They also inspire little trust because the content is created by internal forces.

Sensible use of the PESO channels

For now, it is important to understand that the four disciplines Paid, Earned, Shared and Owned do not have to be single. In fact, they work much better when they are combined. There is not one content strategy that can accommodate every business objective and marketing campaign. Nevertheless, the interfaces between the sub-disciplines and their interactions are crucial when designing an individual strategy.

In the following example we want to illustrate how all four sub-disciplines can be covered, although a holistic coverage of the channels is of course not the rule. You publish a press release about your company and then take some money to promote the release – this would already activate the Owned and Paid Media channels. These measures have the effect that the press release attracts interest from some users and is then shared on social networks. Now, a magazine or online newspaper will also become aware of your press release and their editors will write and publish an article based on the release. All four PESO disciplines have already been covered.

To ensure that everything runs as smoothly as in our example and that your marketing measures do not get out of control due to the independence of earned and shared channels, you should always have a well-considered content strategy in advance. The following three simple rules will help you to realize a goal-oriented strategy:

Your content strategy should be unique in order to stand out from your competitors. We help you with the planning and, if desired, also with the implementation.

Some of you will remember the “Greta-Gate” of the Deutsche Bahn in December last year. After climate activist Greta Thunberg had tweeted a photo of herself – sitting on the floor in a crowded DB train – Deutsche Bahn’s Twitter officers reacted unimaginably badly to the tweet: Greta was indirectly insinuated that the picture was not true because she had reserved a seat in first class. And Greta had not even criticized that the train was full. DB’s Twitterers missed an important detail – Greta’s actual train had actually broken down, so for a while she only had a seat on the ground. The whole affair was exploited nationwide in relevant media and especially in social networks. The Deutsche Bahn reaped scorn and criticism. Deutsche Bahn’s Greta Gate is a prime example of the loss of control in three of the PESO disciplines: Owned Media (DB-Tweet), Shared Media (User-Tweets) and Earned Media (negative reporting).

But there are also best practices in the use of PESO channels. If, for example, a mix of Owned and Shared Media is used, a well-done commercial can help to ensure that it is also taken up in the Earned Media area. Probably the best example are the EDEKA commercials, which regularly spread virally in the social media, so that “classic” media also report on them. Due to the polarization between outrage of one user and enthusiasm of the other, the mostly polarizing spots guarantee a high reach almost every time and in the end always have a positive effect on the EDEKA group. However, if this polarizing effect seems too risky to you, you can also resort to more controllable methods and start a quiz or competition on social media. Whatever strategy you ultimately decide on, the conditions for the success of your content campaign are better than ever at the moment.

We will gladly support you in your next marketing campaign!

When planning the content strategy with the PESO model, you can use many advantages for your company or brand. You should consider some important factors. 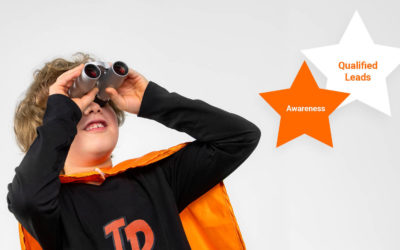 We explain what the success criteria for demand generation are and for which use cases this marketing tactic is recommended. 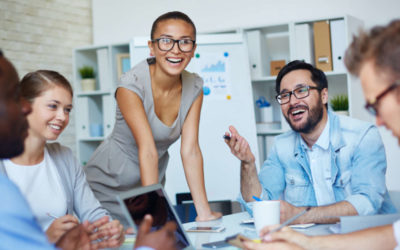 How to find the right content marketing agency for your projects

With this checklist you will find the right partner for your projects: Eight points you should definitely check when looking for an agency! 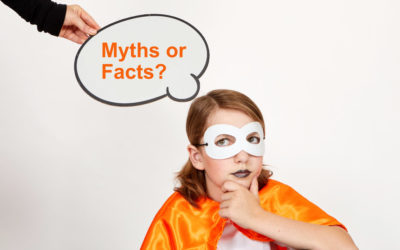 In this Insight, we dispel myths about influencer and social media marketing in B2B, among other things.